Pump: A Natural History of the Heart is here! 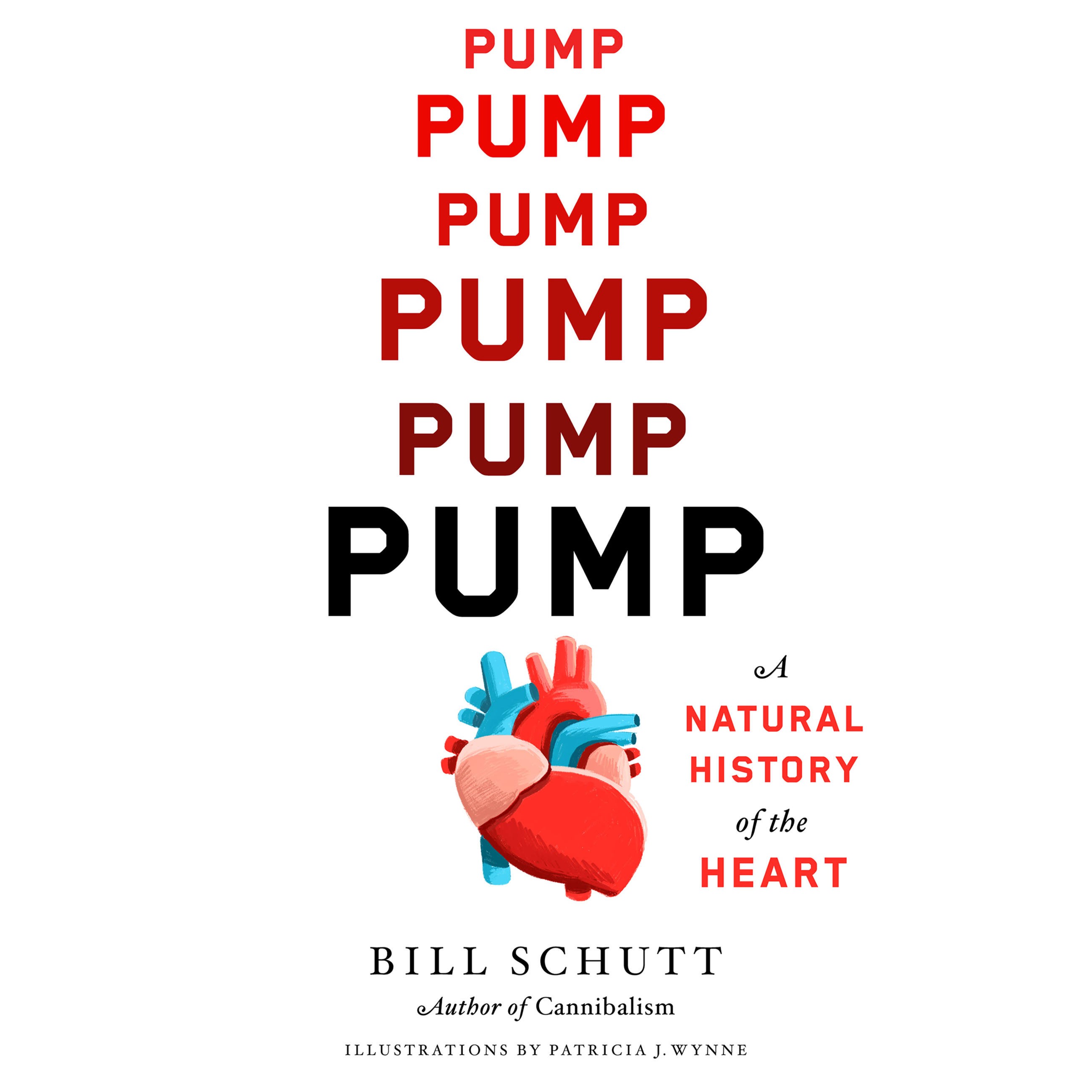 “Pump: A Natural History of the Heart” is currently available to purchase or order everywhere that books are sold.

“This brisk and engaging history of hearts of all forms and sizes packs a punch.”
—Foreword Reviews, (starred review)

“An easy-to-read and fascinating look into the complexity and wonder of the heart in its many forms.”
—Booklist

An engaging, often droll look at the engine of life and the long history of efforts to understand it.”
—Library Journal

“Pump is a natural history of the heart and the science is fascinating. Schutt is a zoologist, and entertainingly details the evolution of the heart. I especially loved how this book so successfully tells the human story, of how and why we came to regard the heart as something more than a blood-pumping organ. There are cool animals and plenty of song lyrics, tales of medical misadventure and triumph, and even time with one gigantic whale heart. As with all Schutt’s non-fiction, there’s a mix of both humor and the macabre. It is science writing at its finest.”
—Cool Green Science (blog of The Nature Conservancy)

“This is a journey through heartland, start to finish, all that is known and not yet known. It is written with a light hand and even, sometimes, with humor…  a fun read for the curious…  extensively and charmingly illustrated by Patricia J. Wynne.”—The East Hampton Star

“A fine overview of an essential organ.”
—Kirkus Reviews

“Refreshing… A jolly book, written in a breezy style, but the research behind it is impressive.”   – Sy Montgomery (The Soul of an Octopus) for the New York Times Book Review

Garnering rave reviews from The New York Times, Boston Globe, The New Yorker and elsewhere, Cannibalism places a perfectly natural occurrence into a vital new context and invites us to explore why it both enthralls and repels us.

For centuries scientists have written off cannibalism as a bizarre phenomenon with little biological significance. Its presence in nature was dismissed as a desperate response to starvation or other life-threatening circumstances, and few spent time studying it.

END_OF_DOCUMENT_TOKEN_TO_BE_REPLACED

Sometimes you must enter hell in order to defeat evil.

In 1944, after a three hundred foot Japanese sub is found marooned and deserted, deep in the wilderness of Central Brazil, a team of Army rangers is sent to investigate. But soon they too, are among the missing. Enter Captain R.J. MacCready, a brilliant zoologist who specializes in just this type of mission: in this case to determine why the Japanese are in Brazil and to stop whatever it is they have planned.

END_OF_DOCUMENT_TOKEN_TO_BE_REPLACED

“Schutt and Finch provide a textbook example of how to make the fantastic easy to buy into with their superior second Crichton-esque thriller.”  Publisher’s Weekly (Starred Review)

“Looks like Schutt and Finch are filling the void left by the passing of Michael Crichton.”  James Cameron

“James Rollins and Steve Berry fans who relish a heaping dose of scientific and historical intrigue in their thrillers will find plenty of both here, as well as cameos by such historic figures as JFK and Khrushchev.” Library Journal

“While Hell’s Gate was a brilliant start to this terrific new series, Schutt and Finch top themselves with this nerve-wracking, heart-thumping thriller that is perfect for fans of Michael Crichton and James Rollins.”  The REAL Book Spy

“If you haven’t read the first in the R .J. MacReady series, don’t worry. Schutt and Finch give a great, brief backstory of important elements, allowing the reader to jump straight into the immediate story with no loss of character nuance. The Himalayan Codex is complete with nail-biting tension, historical intrigue, scientific curiosities, and plenty of action.” CriminalElement.com

The deeper Mac and Yanni plunge into the unknown, the more certain it appears that they won’t make it out alive.

In the wake of World War II, zoologist and adventurer Captain R. J. MacCready is sent to the frozen mountain valleys of Tibet to find a creature of legend that may hold the secret to humankind’s evolutionary future—or the key to its extinction—in this explosive follow-up to Hell’s Gate.

END_OF_DOCUMENT_TOKEN_TO_BE_REPLACED 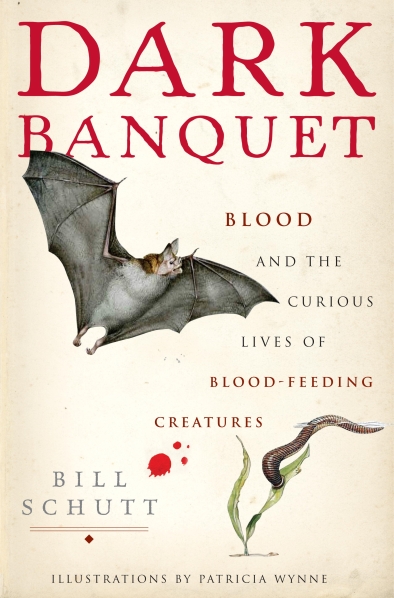 Blood feeding is a tough way to make a living (but it’s nice work if you can get it).

For centuries, blood feeders have inhabited our nightmares and horror stories, as well as the most shadowy realm of our scientific knowledge. In Dark Banquet: Blood and the Curious Lives of Blood-Feeding Creatures, Dr. Bill Schutt, an authority on vampire bats, takes the reader on a dark but entertaining voyage into the world of some of its strangest creatures – the sanguivores.

END_OF_DOCUMENT_TOKEN_TO_BE_REPLACED

Schutt is a biology professor with a rare gift for making biology dramatic. His accounts… are hair-raising… gripping and often disturbing.

The Times of London on Eat Me

“…one fascinating and bizarre example after another… a jolly book, written in a breezy style, but the research behind it is impressive… Cannibalism restores my faith in humanity.”

The New York Times on Cannibalism

This one pushes the envelope to the edge and beyond, with tension and imagination that crackles from the first page. A terrific story, terrifically told.

Hell’s Gate has everything I love in a book: rip-roaring action, strange-but-authentic science, and characters that pop right off the page. An adventure that harkens to the glory days of H. Rider Haggard and H.G. Wells. Warning: Do NOT miss this debut!

I was totally absorbed by this thoroughly charming and scientifically accurate account.